Sir Kensington’s Sauces 3-Flavor Variety: One 14 oz Bottle of Classic Ketchup, One 11 oz Jar of Dijon Mustard, and One 10 oz Jar of Classic Mayonnaise in a BlackTie Box (3 Items Total) 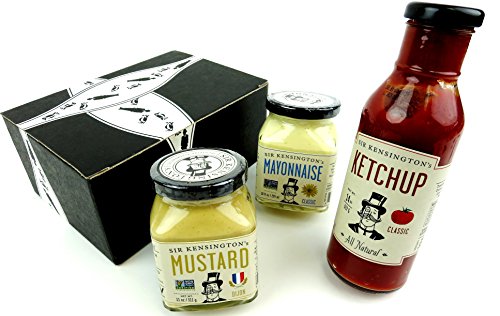 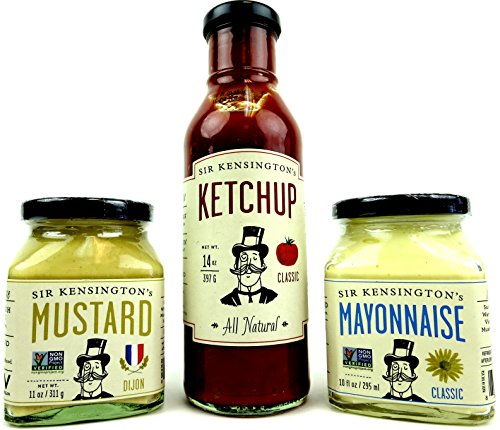 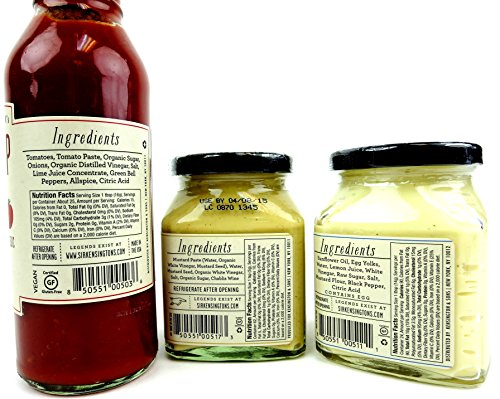 Sir Kensington’s Sauces 3-Flavor Variety: One 14 oz Bottle of Classic Ketchup, One 11 oz Jar of Dijon Mustard, and One 10 oz Jar of Classic Mayonnaise in a BlackTie Box (3 Items Total)

Introducing the BlackTie Box by Black Tie Mercantile, the first and only gift-ready packaging system designed for the unique challenges of E-Commerce.

Born to a merchant family in Great Britain, Sir Kensington attended Oxford University for his course of undergraduate study, attaining degrees in mercantile trade, agronomy, and culinary arts. He began hosting summits and salons with various luminaries from across the Old and New Worlds alike, quickly realizing that the secret to a pleasing gathering was the gastronomic fuel on which it ran.

At one such summit, the emperor of Japan presented the assembled guests with tender slices of Wagyu beef. Upon being served, Catherine the Great of Russia leaned toward Sir Kensington to request a side of ketchup. Baffled yet intrigued by the request, Kensington ventured to the kitchen, where he could find nothing acceptable for such a dish or such a diner. Undeterred, he set about to create, on the spot, a ketchup that would forever bear his name. And so the knowledgeable knight became a ketchup king, forever to be fondly favored for his flavorful findings.

Sir Kensington’s spice chronicles were feared lost until 2008, when Brown University students Scott Norton and Mark Ramadan uncovered them, filed away and forgotten, in the library’s special collections. Enchanted by the simplicity of the lost recipes, Scott and Mark vowed to revive ketchup in the Sir Kensington tradition. A great success, the experiment yielded the first of many batches of this rare and exceptional formula. Uncommon, healthful, and painstakingly prepared, it could bear no other name than that of Kensington himself.