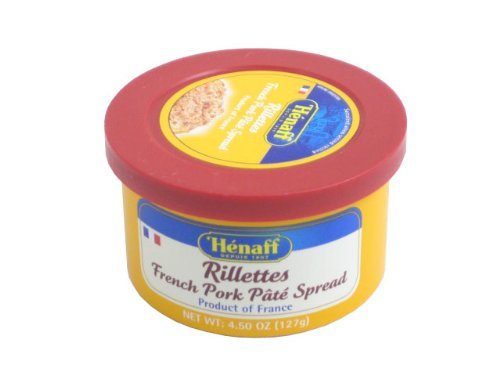 Rillettes is a preparation of meat similar to pâté. Originally made with pork, the meat is cubed or chopped, salted heavily and cooked slowly in fat until it is tender enough to be easily shredded, and then cooled with enough of the fat to form a paste. They are normally used as spread on bread or toast and served at room temperature. The soft, smooth texture is a deciding factor in determining a good rillette dish. Like cassoulet or fondue, this French dish has its many regional definitions. In general most rillettes are served at room temperature, as a spread with toast points, much like a paté. Henaff, a French company, was one of the first French companies to gain USDA approval since 2003 when French meat imports were banned.