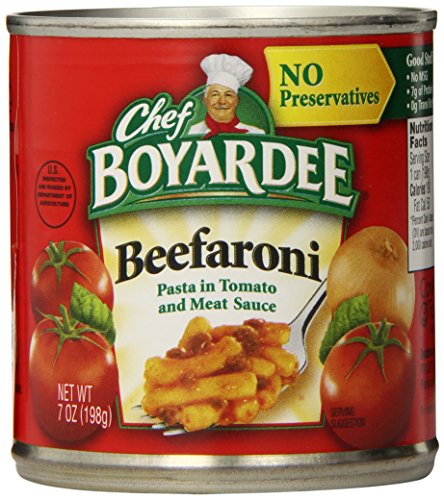 You know you love the delicious flavors of Chef Boyardee, but did you know that behind this real great food is a real great chef. Before there was Chef Boyardee, there was Hector Boiardi. And it’s time you met the real great chef behind this real great food. The Chef Boyardee brand is named after its founder, Hector Boiardi. Born in Italy in 1897, Boiardi immigrated to the U.S. in 1914, and followed his brother to the kitchen of The plaza hotel in New York City, where he quickly worked his way up to head chef. In 1924, Boiardi opened the Il Giardino Italia (The garden of Italy) restaurant in Cleveland, Ohio. It was a smash, and when customers began asking him for his recipes and ingredients, he got the idea to sell his culinary creations. Thus, an empire was born. Chef Hector opened a factory in 1928. He introduced his products to America a year later, touting his now-famous spaghetti dinner as a delicious and economical choice to serve to the entire family. Proud of his Italian heritage, Boiardi sold his products under the brand name Chef Boy-Ar-Dee so that his American customers could pronounce it properly.
This beefaroni is pasta with beef in tomato sauce is a fun meal for the kids
When you serve Chef Boyardee to your family you give them a wholesome meal as well
Chef Boyardee beefaroni is a fast and simple meal solution with great flavor you will love and enjoy
Made with 0 grams of trans fat per serving
Enjoy the great taste of Chef Boyardee beefaroni; Lots of beef, no preservatives, totally delicious