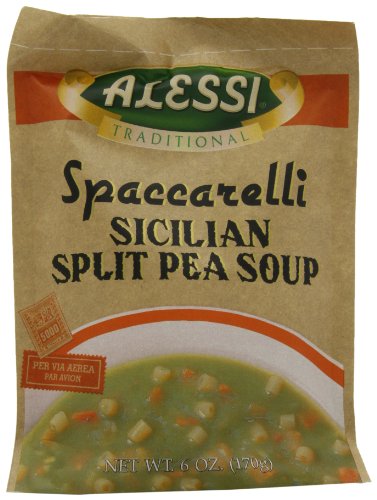 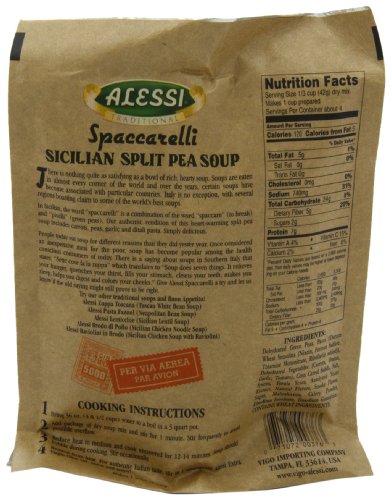 Traditional. There is nothing quite as satisfying as a bowl of rich, hearty soup. Soups are eaten in almost every corner of the world and over the years, certain soups have become associated with particular countries. Italy is no exception, with several regions boasting claim to some of the world’s best soups. In Sicilian, the word spaccarelli is a combination of the word spaccare (to break) and piselli (green peas). Our authentic rendition of this heart-warming split pea soup includes carrots, peas, garlic and ditali pasta. Simply delicious. People today eat soup for different reasons than they did yester year. Once considered an inexpensive meal for the poor, soup has become popular among the health conscious consumers of today. There is a saying about soups in Southern Italy that translates to: Soup does seven things. It relieves your hunger, quenches your thirst, fills your stomach, cleans your teeth, makes you sleep, helps you digest and colors your cheeks. Give Alessi Spaccarelli a try and let us know if the old saying might still prove to be right.
Pack of six, 6-ounce packages (total of 36-ounces)
Easy to prepare cooks in fifteen minutes
Rich and satisfying low fat