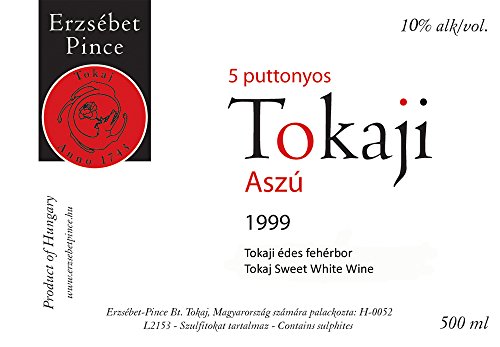 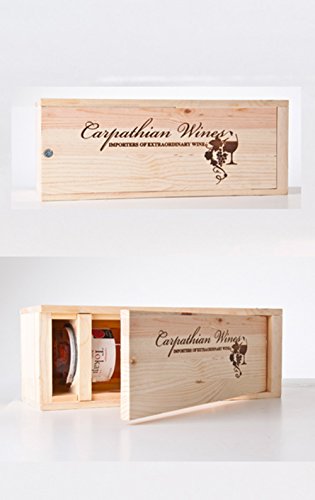 4+ Stars from Restaurant Wine Guide. Notes By Master of Wine, Ronn Wiegand. 1999 was an exceptional year for Tokaji’s Aszú. Wonderful structure and balanced complexity with big nose. The nose is layered with tobacco, dark chocolate and plum jam. It is followed with wonderful ripe fruits of apricot, mango, papaya and a nice nuttiness. On the palate the wine is smooth with apricot, honey and nuts with a clean citrus finish that dissipates the sweetness. The Pracsers, purchased the winery and cellar in 1989, after the change in the political system in Hungary. Their over 300 year old cellar is located in the heart of the historical Tokaj village. In the early 1700’s, Erzsébet Cellar was operated by the Russian Wine Trade Company and used as a fermenting and aging cellar established to provide the court of Russian Czars & Czarinas, amongst them Czarina Elizabeth (Erzsébet), with Tokaj wines. The Pracsers believe in and practice natural farming to protect the environment and people, as well as, minimal intervention in the winemaking process to ensure the characteristics of the terroir and fruit are revealed. Heritage: The name Aszú, meaning Noble; for Noble Wine. This name was earned because in the late 1600’s and early 1700’s only royalty were allowed to drink the Aszú nectar. Wines from Tokaj (Toe-kai), Hungary reached their highest moment of splendor in the eighteenth century, when noble classes in Poland and Russia became the main consumers of Tokaji Aszú. The Czar of Russia, in order to ensure a continuous supply of Tokaji Aszú to his court, established a colony of guards in Hungarian territory and protected their supply of Aszú. They competed against Louis XV who also imported a continuous supply of Aszú wines for his royal court.